EA DICE returns with the latest iteration of their long-running Battlefield series, and the first game of the core series since 2013's BF 4. 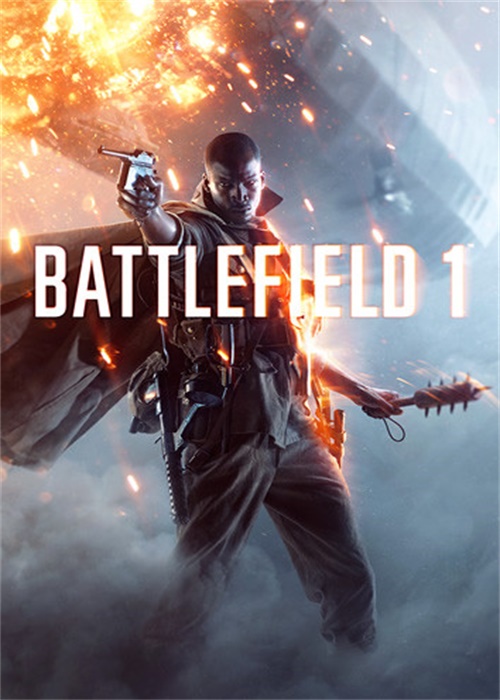 Battlefield 1 takes the players to the hectic battlefields of the First World War, from scorching, rocky deserts to mountains and coastal villages you will fight to reshape the landscape of the world with your victories and explosives.Fight on the fronts of WW1, ride period vehicles or mount a horse, pick up your weapon and set out to relive a hundred-years-old history as a soldier of one of the six core factions split between two sides of the massive conflict.

Battlefield 1 offers players four distinct core classes to choose from, each serving a specific purpose, each indispensable in the struggle for ultimate victory. For players eager to jump into the fray, there is the Assault class, masters of explosives and close combat. They carry the best loadout if you need to blow up a tank or skewer your enemy on a bayonette in a heroic charge towards victory. The Medics are there to heal allies and fix their vehicles, and to defend them vigorously with a gun, should it be necessary.

Scouts are for those, who like to sneak around and pick off enemies from a distance with a trusty sniper rifle, or to provide intel to allies, thanks to flaregun showing enemies on a minmap. Finally there are the Supports, providing the much needed and ever useful hail of bullets, both from barrels of their rapid-fire guns and deep pockets, resupplying allies.

In addition to the core ones, BF1 offers two special class groups: vehicle classes and Elites. You become a vehicle class, a Tanker or a Pilot, by entering a relevant machine, which in turn becomes your primary weapon.